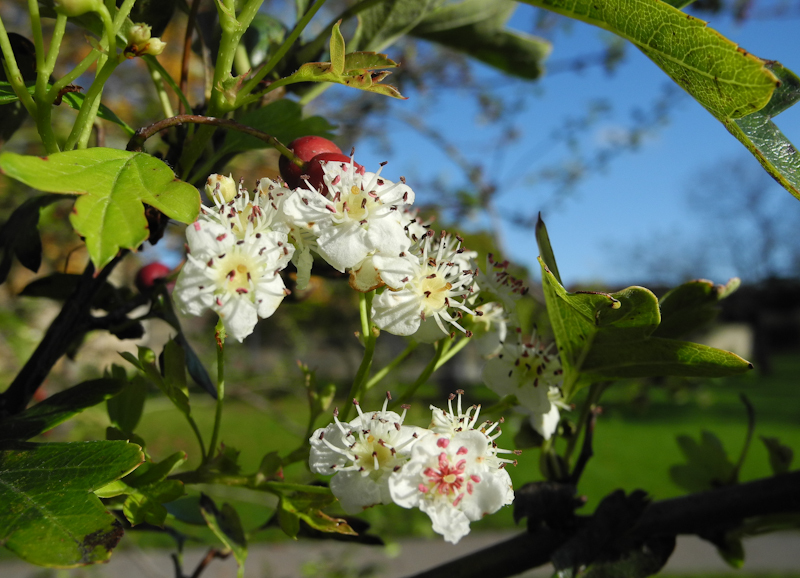 Posted by grouser (Ludlow, United Kingdom) on 25 December 2011 in Plant & Nature and Portfolio.

This hawthorn is a descendant of the tree that supposedly grew from the staff of Joseph of Arimathea when he planted it in the ground here. The plant flowers twice yearly, the second time being in the winter, around Christmas, although the flowers then do not produce haws. These flowers were photographed in November (so its second blooming came early this year). It will not grow true from its seeds, they revert to the normal May flowering hawthorn and it can only be propagated by grafting.

Always get my Gees an' Haws mixed up. best…jf

@ordinaryimages: you may be pleased to hear I got a pair of 'Animal' Muppet socks for Christmas :)

great details
have a lovely holidays :)

A beautiful blossom shot and very interesting information about propagating the plant to keep the double blossoming.

How odd! Have yourself a Muppetry good Xmas!