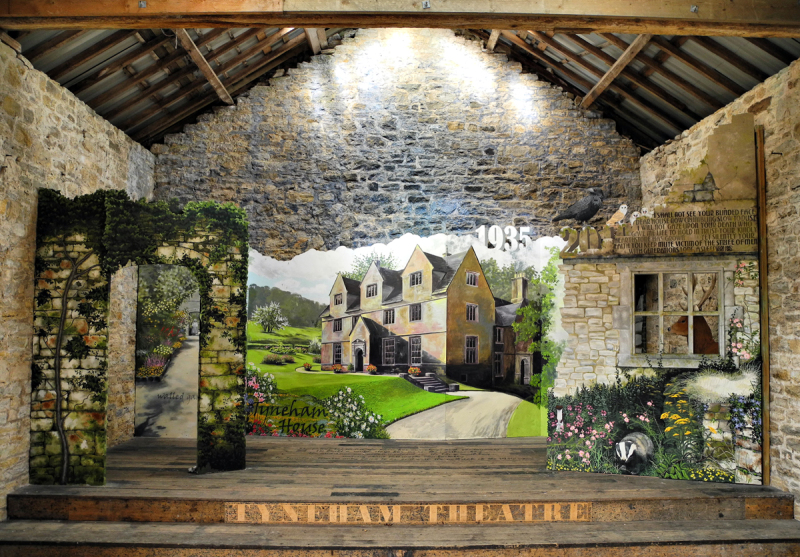 The village of Tynham itself is largely in ruins apart from the church and the farmhouse which is fairly intact Both function as a museum charting the history of the community and one of the barns contains a theatre, shown here. Interestingly the landowners and main family of the village were called Bond and they were friends of Ian Fleming. That's the big house where they lived on the scenery, The house itself is hidden away in woods now and largely destroyed.

Interesting to read about Tynham in your caption, it certainly makes an interesting photograph too.

Lovely scene and an interesting commentary

What the ... it almost looks real.

A fine image of this interesting place. I liked the explanation.

An evocation of the theater kids... had one when I was little! It was full of wonderful details ... Excellent job!
Thanks for the información grouser!

It's real..., it's only theatre..., you take the shot perfectly and it's become interesting Bravo ;-)

Fascinating shot and history, it will be my Google reading tonight .

Very cool. This sort of plays with the mind.

Interesting to compare (contrast) this rendition of the house with the 1943 image on Wiki - what a sorry tale all this makes.

@Ronnie 2¢: Well found Ronnie. Astonishing it should be so dilapidated so quickly. This is pretty much what the remaining houses in the village look like now