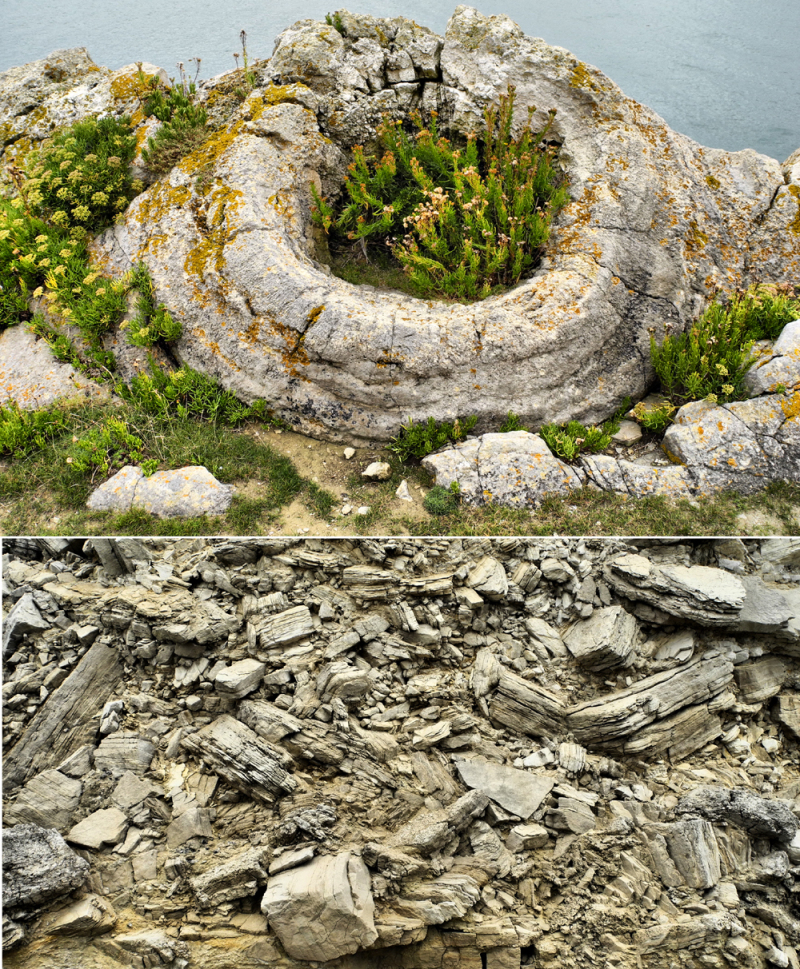 Posted by grouser (Ludlow, United Kingdom) on 26 December 2013 in Miscellaneous.

On top a fossilised tree stump on the coast in the firing range at Tyneham.There is a forest of these on the cliff edge. Well a small wood anyway :) Below shows the way the strata here has been pulverised, presumably by earth movement. Some of the layers shatter as they expand due to relief from the weight bearing down on them being removed by erosion.

Wonderful capture of the nature's beauty. It's fantastic.

Beautifully captured - I am fascinated by the fossilized tree

The fossilized tree stump is amazing! It is interesting to see how the rock was crushed by the movement. It is going in different directions. Fantastic geological images.