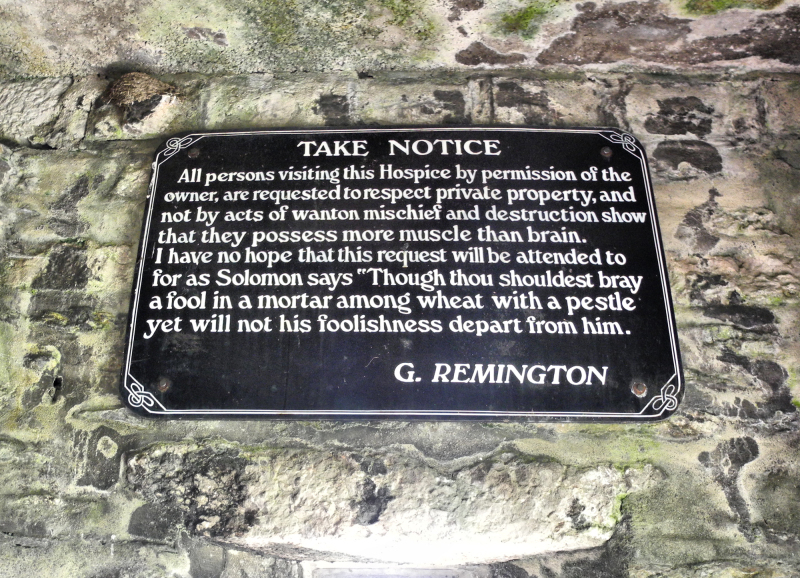 STay on the STraight and Narrow

Posted by grouser (Ludlow, United Kingdom) on 19 August 2014 in Miscellaneous.

On the fell above where we are STaying is a rather magnificent limestone pavement and in its middle is a small tower called the Hospice. Why I know not as although it is a simple shelter, on the top of which is a circular plate with site lines and all the features to be seen engraved on it. Its a tad more sophisticated than the usual version having a swivelling bar that allows you to sight accurately down it and identify the feature you are looking at. In the shelter itself are a number of signs and quotations of which this is one

@Ronnie 2¢: From the soot and smoke STains in the base I think he may have had Arlo in mind :)

And this from the guy who went on to make the electric razor.

@Brockaly: I think not you young shaver :)

Just a chip off the old brock.

Just reading the sign made me shiver. Happy ST