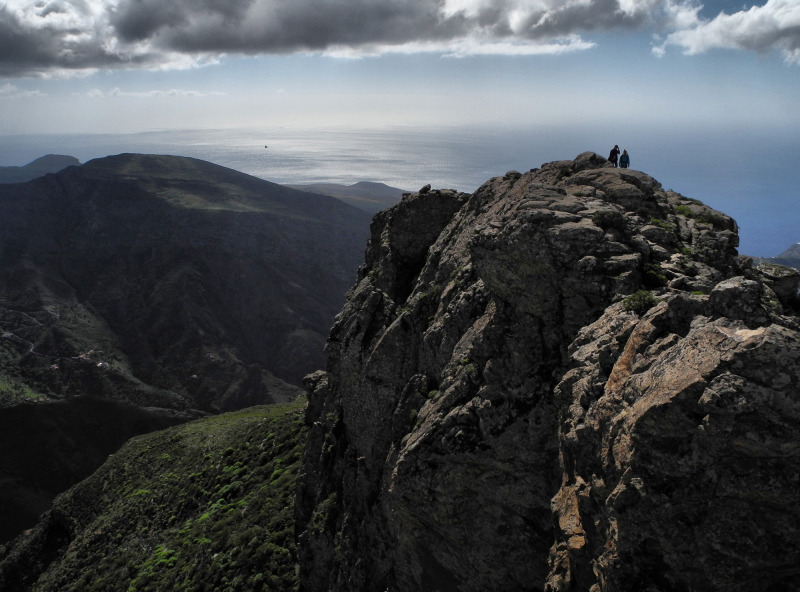 La Fortaliza was the last redoubt against the invading Spanish who realising they had no chance of taking the fortress simply laid siege to it. In the end the starving defenders rather than surrender, tied their hair together and jumped off the cliff here, falling to their deaths, so the story goes.

Oh wow...what a stunning view. Sad story about the defenders though.

So impressiv !! And very beautiful .

the uphill struggle certainly paid off wonderfully ... what a view from 'up there'!

This is a stunning view ... The line of dark clouds overhead helps to reinforce the sad story.

A fine image of this rugged "safe" area that held off the invaders. The history has a sad ending.

I am glad you included people so I can get an idea of the grandeur!

An amazing view. I cannot believe that you made it through all of that rugged terrain to the top. An interesting but sad story if it is true.