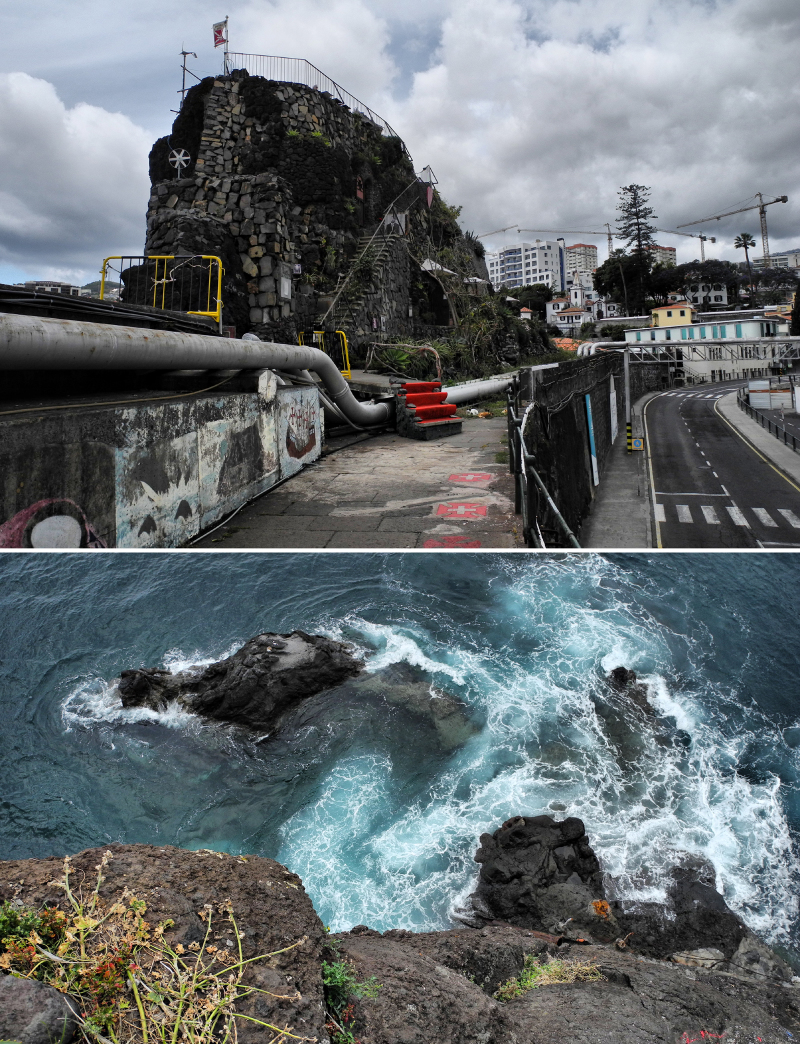 This small rock is the independent Principality of Atlantis. Situated on the harbour wall in Funchal. By an anomaly it was owned by the Blandy family, a Madeira Wine producer, and was somehow excluded when Madeira was ceded to Portugal. Bought by an artist who styles himself Prince Renato it retains its independence, though Madeira refuses it an electricity supply. Visitors are welcome. The top frame shows the country, about the size of a one bedroom hause. The bottom frame shows the Prince's swimming pool. :)

Always a remarkable curiosity . . I hope you made a suitable donation in the cave . .

@Ronnie 2¢: How could I not. Remember Frestonia Ronnie?

Marvelous montage! A fascinating piece of history. I wonder if they issue postage stamps?

@Stephen: Not that I am aware though the Prince would make a good one :)

I wish you could post the pic. of the Prince !!!!! Lovely little country !

@Devi: You can find Prince Renato on line . Google him at Atlantis Funchal

It took some digging but I finally found a photo of the prince. A rugged looking spot. I would not want to dive into his pool

@Ruthiebear: I would have taken his portrait but he wasn't in residence when I visited :)

What an interesting background on this bedroom, I mean country!! I love that vantage point looking down.

Well, I guess Istay where I am ----- but, of course, I do not have the fascinating pool !!!!! Superb presentation, grouser - thanks for sharing - kindest regards Monika

That is just too strange! A very interesting story! Looks like he even has his own flag and everything!

At least he does not have to clean his pool:)

This image has been featured in 1 Remix collection.