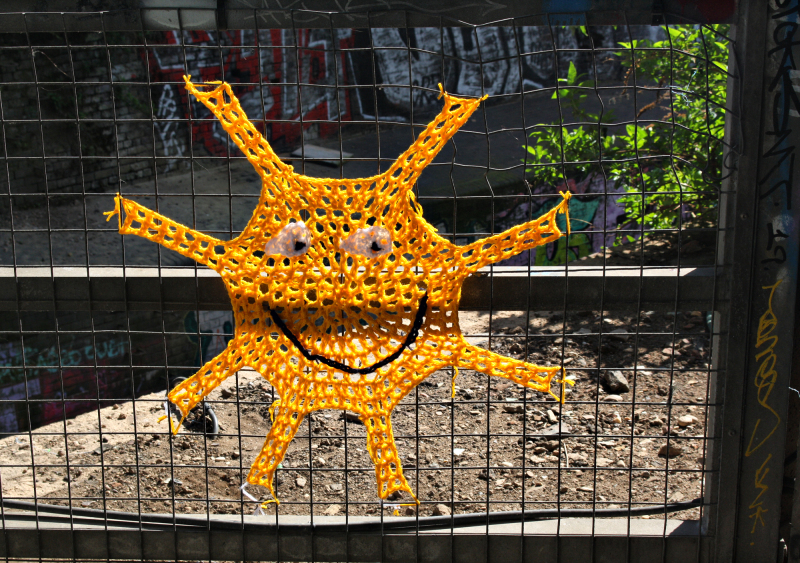 Ha ha...this is a lovely little one !

He definitely looks happy. I like the smile on his face! A very creative piece of artwork!

what a pleasant and friendly project

Now this is a spider I could like. Fun shot.

A very creative image :) The only spider that does not give me nightmares !!!

I am sorry I have not been commenting..though I have been following all the images..
Yes reverting back to the Photo realism... well, any day I would prefer a John Constable to Picasoo.
The design might be good and the colours appealing but the Art lacks SOLU..
I wonder what the reactions of hard core fans of Michael Schumaker wuill be if an atist drew a wheel, a helmet and the hazy movement of a racing caar and two eyes and named it Michael Schumaker..A Portrait or for that matter, half a foot vball, a pice or two of the nets and a goal post and a leg here and a hand there and called it Lionel Messi..The Mind Boggles Ha ha ha !!

@Devi: again we have to agree to disagree. I am not going to convince you to see the images in a different way via posts on a blog :)

An excellent artisan work that illuminates us like the sun