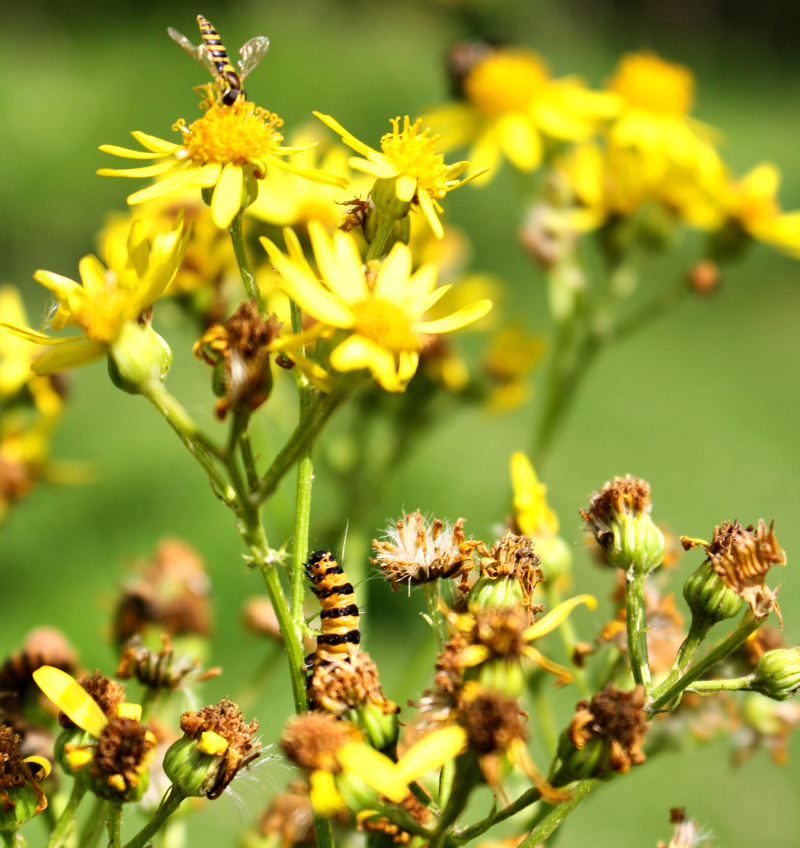 More Scary Than silly as I have said before, every bit of this plant is poisonous and toxic enough that it can be absorbed through the skin causing liver damage. No problem for the black and yellow caterpillar though that SToreS The toxins as an effective deterrent to predators. It metamorphoses into a pretty black and red Cinnabar moth. Seemingly no problem either for the hover fly which has done a noSe dive on To a flower :)

Very delightful for a simple ST. This picture is really good.

Might look good but bad to have around. Nice capture of the insects who seem to like it.

Splendid composition with beautiful colors and a nice DoF! Thank you for the intereSTing information.

I agree perhaps more scary than silly. But beautiful light and life in this image.

A wonderful close up image. It is sad because it is a very pretty flower but very dangerous. It is pretty scary.